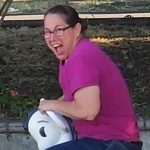 Denise was born and raised in Austin, Texas. Her childhood was filled with playing competitive volleyball and softball and spending summers with her grandparents and many cousins.

Denise Received her B.S. in Communication, Sciences & Disorders from the University of Texas at Austin and went on to complete her Masters in Family Centered Early Education at Gallaudet University in Washington, D.C.

Denise has taught in preschool and elementary settings for many years and spent 5 years as a children’s associate librarian at the Ashland Public Library helping children and families connect with the rich world of children’s literature. Most recently, Denise studied Waldorf education and taught for 3 years at Madrone Trail Public Charter School bringing a class of children through first, second, and third grade. She obtained training from Rudolf Steiner College in storytelling, pentatonic flute, eurythmy, and watercolor painting through their Art of Teaching Program. She has several Deaf family members and loves sharing American Sign Language with children.

Denise, and her wife, moved to Ashland in 2007 to raise their 7 children. She enjoys spending quality time with her family, reading and exploring in nature.

Carole has lived in Ashland for almost twenty years. She holds a B. Ed. in Primary Education from the University of Dundee, Scotland and a Waldorf Grades Teaching Certificate from the Micha-el Institute in Portland, Or. For the last five years, she has been teaching lower grades at Madrone Trail Public Charter School, where she brought the curriculum to life through storytelling, singing, flute, drawing, painting, and folk dance.

After university, Carole spent four years teaching Elementary School in Singapore, where she had the opportunity to work with children from all over the world. Although she was initially drawn to Singapore because of her job, she loved being able to travel in South East Asia and beyond.

Carole believes that a pre-school should help honor the unique wonder and imagination of childhood. She sees that in our incredibly sedentary, screen dominated and isolated culture, bringing children together through song, dance, art and joyful community is more important than it has ever been in our history. 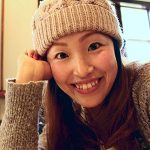 Yoko grew up in Tokyo, Japan. When she was nineteen years old she came to the U.S. as an international student and attended Sonoma State University in California. Yoko came to Southern Oregon in 2011 with her husband and two sons. She has enjoyed living here and raising her boys, dedicating countless volunteer hours at Helman Elementary as the school photographer and in their classrooms sharing Japanese language and culture. Yoko worked at Ashland YMCA Preschool before coming to work for Pomegranate in 2017.

Yoko enjoys creative ways to teach and communicate with children using songs, illustrations and other crafts like Origami. She adapts her communication techniques for individual children as she gets to know about their personalities and needs. Yoko loves taking photos, playing tennis, hiking, swimming and having fun giggling with kids. 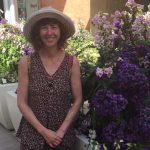 For nearly three decades, in both public and private schools, and on both coasts, Robin has taught drama to children between the ages of three and eighteen. Her specialty is developing scripts with children.

Before she received her teaching license, Robin was a stage manager in regional theaters and on and off-Broadway. She holds a B.A. from Hampshire College, in Music Composition and Theater, and a Master of Fine Arts in Writing from Spalding University, with a concentration in Writing for Children. Robin is certified in the early childhood music program Music Together©.

Robin has been published in Exceptional Parent Magazine, and the academic journal, Children’s Literature in Education. She has published two picture books, Pat, Roll, Pull and Liberty Saves the Day!

Robin is married to actor Anthony Heald. They have two grown children, Dylan, and Zoë 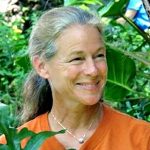 Holly has devoted a lifetime to education and the arts. She takes great pride and joy in teaching children to discover and nurture their artistic gifts, both individually and in the context of their larger community of peers.

Before teaching at Pomegranate, Holly worked for five years at Helman Elementary School as an education assistant and a special education support specialist lower elementary. Holly is also a certified Music Together© instructor.

Holly has worked professionally as an Equity Stage Manager and an actor in San Diego, Santa Fe and the Oregon Shakespeare Festival. She is a founding member of Hula O Kahawai, an Ashland-based performing hula ensemble. Holly’s music background includes formal and self-taught on ukelele, keyboards, clarinet and many Hawaiian musical instruments.

Holly received her BFA in Theatre Arts from Southern Oregon University. She is married to theater and film director Lenny Neimark. Their twin sons attend college.